We had a really hard start into this weekend. While it had snowed very hard the weekend before, there was not any snow in sight for our second Powderchase of the year. And since we take our promise seriously, we officially cancelled the second date of the season.
But! All Powderchasers where very eager to have some fun in the snow so everybody hopped on to our alternative weekend which took us to the Achensee region for some skitouring.

After a nice warm up day at the lifts of Pertisau we spent the second evening at the Erfurter Hütte. We enjoyed hut life (some of the Powderchasers had never been to a mountain hut before :-)!) and started our classical Tour down to the Inntal the next morning. It was exciting to see so many of Powderchasers  in their first ascents with skins!

We had a challenging but great 2000 hm run and some of the groups even added a second tour in the afternoon.
On Sunday some groups toured around the Achensee region again, while one group moved on towards Seefeld and the Reiter Spitze to enjoy a incredible day with a epic powder descent. 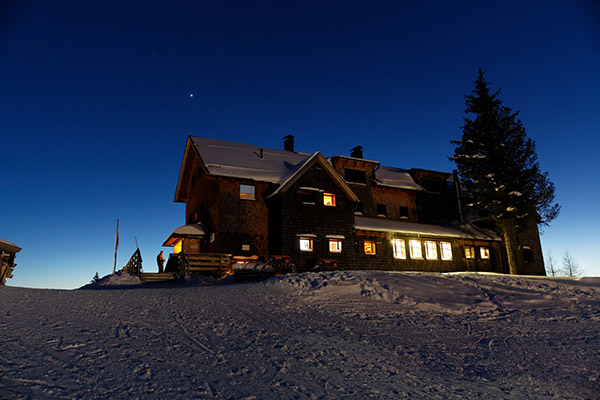 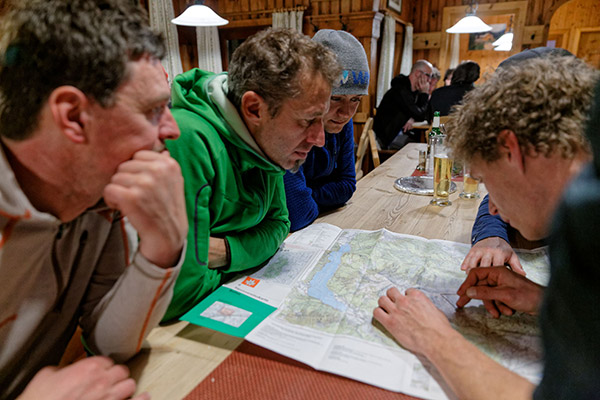 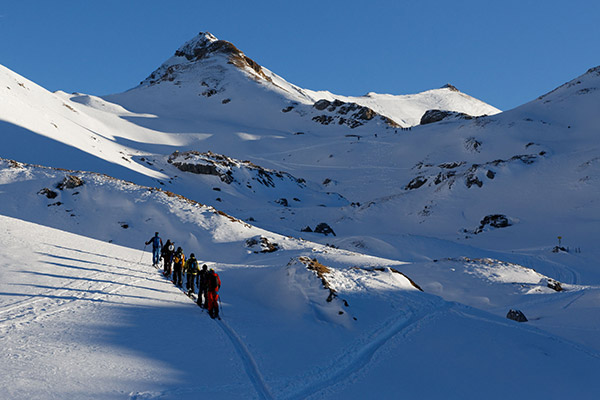 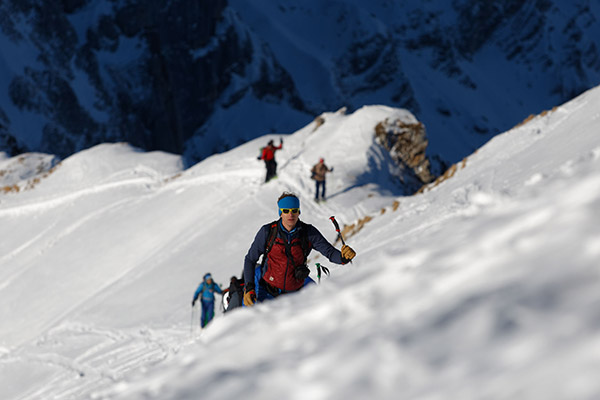